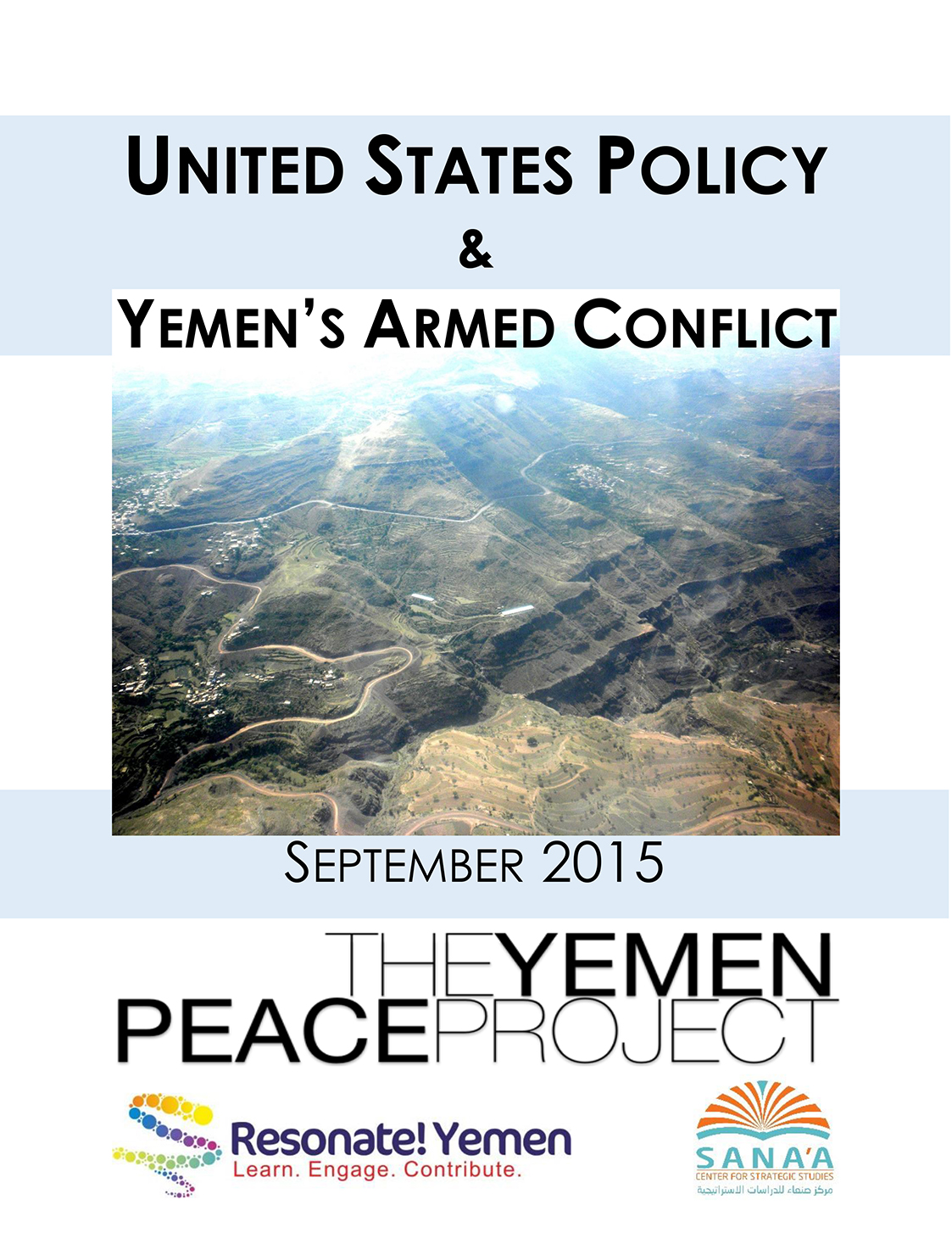 In March of this year, long-simmering regional and political tensions exploded into a full-fledged armed conflict in Yemen, with the Houthi movement and military forces loyal to former president ‘Ali ‘Abdullah Saleh fighting for control of the country’s major cities and key provinces. Arrayed against the Houthi-Saleh alliance are local militias allied with President ‘Abd Rabbuh Mansur Hadi and his government-in-exile, a coalition of Arab states led by Saudi Arabia and the United Arab Emirates, armed elements of the Southern Movement (al-Hirak), army units tied to General ‘Ali Muhsin al-Ahmar and the Islah Party, several powerful tribes, and an assortment of salafi and jihadi factions.

To date, more than 4,300 Yemenis have been killed in this conflict; at least half of these have been civilians. More than 1.4 million civilians have been forced to flee their homes. Most of the civilian casualties are the result of illegal indiscriminate attacks, carried out by both the Saudi-led coalition and the Houthi-Saleh alliance.

President ‘Abd Rabbuh Mansur Hadi consistently positioned the state as a mediator between Ansar Allah and its foes, rather than a party to the conflict.
President Hadi maintained this position during the conquest of ‘Amran, even though his advisor General ‘Ali Muhsin was directly involved in the conflict

Although the United States has not committed combat forces to the conflict, it is playing an important role. On the diplomatic front, the United States has played an important and laudable role in working to bring the warring parties to the table. The Obama administration must now work with Yemen’s neighbors and the rest of the international community to establish secure routes for the delivery of humanitarian aid, push for an end to hostilities, reach an internationally-supported political settlement, and build a comprehensive material and economic reconstruction plan. The US must also work with other members of the United Nations Security Council, which has been circumvented by the Saudi-led coalition, to ensure that any further military intervention in Yemen complies with Chapter VII of the United Nations Charter.

Shortly after Saudi airstrikes began, the US administration announced that the United States and Saudi militaries had established a “Joint Planning Cell,” and that the US would provide “logistical and intelligence support to GCC-led military operations.”

In contrast to its constructive diplomatic efforts, many of the US administration’s other activities and policies are contributing to the perpetuation of the conflict and the destabilization of Yemen. US military and intelligence personnel are supporting the Saudi-led coalition’s ongoing campaign of aerial bombardment, which has violated international humanitarian law by deliberately targeting civilian residences and infrastructure, and by failing to protect civilians from harm.

The United States has also continued to carry out its own airstrikes against suspected members of al-Qaeda in the Arabian Peninsula (AQAP), killing at least 76 people in 2015. US counterterrorism efforts in Yemen have long attracted criticism for their emphasis on “kinetic” tactics—missile strikes and armed assaults on AQAP targets—rather than programs that address the causes and facilitating factors of extremism and violence. As the balance of power within Yemen changes, US strikes risk further destabilizing the situation, and contributing to militant groups’ recruitment efforts.

The approach of the United States throughout the Hadi era has been defined by checklist diplomacy, whereby the US has continuously pushed for the steps laid out in the GCC Initiative to be completed as written, despite the ever-widening gulf between that text and the realities of Yemeni politics..

Yemen was already facing a humanitarian emergency before the present conflict broke out. Today the country is in the midst of a full-blown catastrophe. According to the UN Office for the Coordination of Humanitarian Affairs (UNOCHA), more than 80% of Yemen’s population is in need of some form of assistance. Millions of Yemenis are suffering from food insecurity and a lack of clean water; famine is just around the corner. Meanwhile, Yemen’s health care system has collapsed, and thousands of Yemenis are dying for lack of access to medicine and treatment. The UN’s emergency appeal for Yemen is only 18% funded. Early in the conflict Saudi Arabia pledged to cover the entirety of the previous appeal; none of the promised funds have been delivered. Both the coalition and the Houthi-Saleh alliance are preventing aid from reaching civilians, in violation of international law. Despite the presence of several US warships in the Gulf of Aden, the US has failed to assist in the evacuation of US citizens and other foreign nationals from Yemen, as required by a recent UNSC resolution.

Human Rights Watch and Amnesty International have found compelling evidence that many of Saudi Arabia’s airstrikes have violated international humanitarian law. Individual American military and intelligence personnel supporting Saudi air missions, as well as US administration officials, may also bear responsibility for war crimes under US and international law.

The US, like all UN member states, has a responsibility to ensure that humanitarian aid is not used as a weapon of war, and to encourage the free passage of food, medicine, and other essential supplies to civilians living under the blockade, as required by international law.

Local and international NGOs and independent researchers have compiled considerable evidence showing that strikes carried out under the secret program have killed civilians—including Yemenis involved in combating AQAP. There is also reason to believe that US operations against AQAP may be creating opportunities for other extremist groups to expand into Yemen..

Assistance to US citizens:

The Roles of Regional Actors in Yemen and Opportunities for …
July 14, 2015 Main Publications, Yemen in Crisis