The War in Yemen and the Saudi-led Military Intervention

Yemen is in the grips of a brutal and complex war, putting Houthi rebels against a Saudi-led coalition. Famine is putting millions at risk of starvation in what the UN calls the “world’s worst humanitarian crisis.” What is happening in Yemen? What is the role of Saudi Arabia and other regional actors? To what extent are Western arms sales fuelling the conflict? What can Canada and the international community do to address the humanitarian crisis and encourage a resolution of the conflict?

Farea Al-Muslimi, chairman and co-founder of the Sana’a Center for Strategic Studies, and Spencer Osberg, chief editor at the Sana’a Center for Strategic Studies, visited Yemen in September and will provide their assessment of the situation on the ground and the most recent developments. William Fenrick, former senior legal advisor for the International Criminal Tribunal for the Former Yugoslavia, and Brian Bow of Dalhousie’s Department of Political Science will add their perspectives on the conflict and the role of Canada and the international community.

Farea Al-Muslimi is chairman and co-founder of Sanaa Center for Strategic Studies. Before joining Chatham House, he worked at both Carnegie Middle East Center and the Middle East Institute in Washington, D.C. where his research and work focused on Yemen and Gulf. Al-Muslimi’s writings and analysis on Yemen and the wider region have been published in Foreign Affairs, Foreign Policy, New York Times, The Independent, The Guardian, McClatchy, The National, Al-Hayyat, Assafir, Al-Monitor, and many other publications.

In 2013, Foreign Policy named Al-Muslimi in its list of ‘Top 100 Global Thinkers’, and in 2014 The Guardian named Al-Muslimi in its ‘Top 30 under 30’ list of young leaders in digital media around the world. In August 2016, UN General Secretary appointed Al-Muslimi to the Advisory Group of Experts for Progress Study on Youth, Peace and Security, a study mandated by Security Council resolution 2250 to examine the positive contribution of youth to peace processes and conflict resolution and effective responses at local, national, regional and international levels.

Spencer Osberg is chief editor at the Sana’a Center for Strategic Studies. He has worked with various institutes and NGOs to produce socio-economic, political, humanitarian and security related studies on the Middle East and North Africa. Osberg was previously the managing editor of Executive magazine in Beirut. As a journalist he reported for media outlets including Al Jazeera English, CBC Radio, France 24, The Globe and Mail, Nikkei Newspapers, and he is co-writer of the award-winning documentary film ‘The War Show’. He holds a master of fine arts in creative nonfiction and a bachelor of journalism from the University of King’s College. He also holds a bachelor of arts double major in philosophy and Spanish from Dalhousie University.

William Fenrick is an international lawyer and author with expertise in International Law. He has written a substantial number of law review articles and chapters of books and has been on the editorial boards of the Yearbook of IHL (International Humanitarian Law) and of the Journal of Conflict and Security Law. For ten years, he served as Senior Legal Adviser, Office of the Prosecutor, International Criminal Tribunal for the Former Yugoslavia – part of his extensive practical experience with the law of conflict. He taught international humanitarian law and international criminal law at Dalhousie University Law School for six years and served as an expert in international working groups clarifying the law as it applies to contemporary conflict.

Brian Bow is Professor of Political Science at Dalhousie University. His research focus is on Canadian foreign and defence policy and Canada-US relations, but he has also published on security policy coordination and regional integration in North America. His 2009 book,The Politics of Linkage: Power, Interdependence, and Ideas in Canada-US Relations(UBC Press) was awarded the Donner Prize. He has been a visiting fellow at the Norman Paterson School, Georgetown University, American University, and the Australian National University. 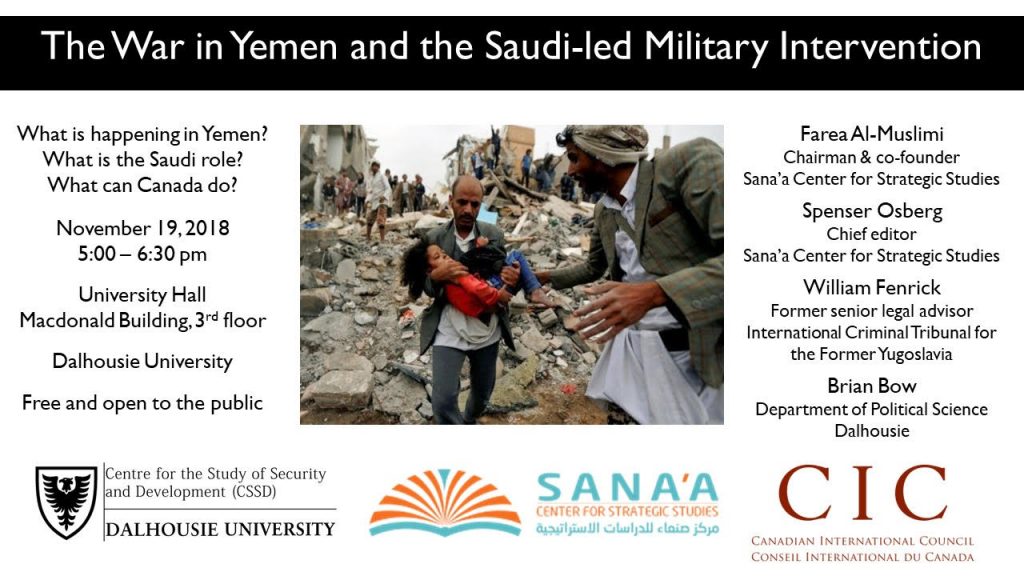