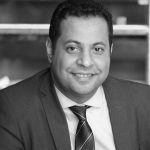 Maged Al-Madhaji is executive director and a co-founder of the Sana’a Center for Strategic Studies.

Al-Madhaji’s research and commentary on Yemen have been published by various academic platforms, including the London School of Economics and the Arab Reform Initiative, and he is a regular commentator on Yemeni affairs for Arabic media.

In 2012 he was appointed to the Preparatory Committee for Yemen’s Conference of National Dialogue, before resigning later the same year in protest of the committee’s exclusionary policies.

What is Muscat Doing in Yemen?

By Maged Al-Madhaji An Omani Royal Air Force aircraft landed in Sana’a on June 5. On the plane was a delegation from the Omani Royal Office, along wi…

Yemen’s West Coast: A look into politics, society and war along the Red Sea

The Road to Mokha Arriving in Aden in early April, a week before the holy month of Ramadan began, the first thing that struck me was the general feel…

A View From the Ground: Will the Battle for Marib Determine Yemen’s Fate?

As US President Donald Trump’s administration winds down, reports have emerged that Washington is once again considering the idea of designating the a…

Marib’s Tribes Hold the Line Against the Houthi Assault

The future of the war in Yemen will be determined in Marib. The Yemeni government’s control over the governorate, one of its last major centers of pow…