Hind Seif her foot was amputated in Al-Shaqab village in south Taiz, while she was trying to get flour from her house. on Dec 28, 2020 // Photo credit: Ahmed Basha, Sana'a Center 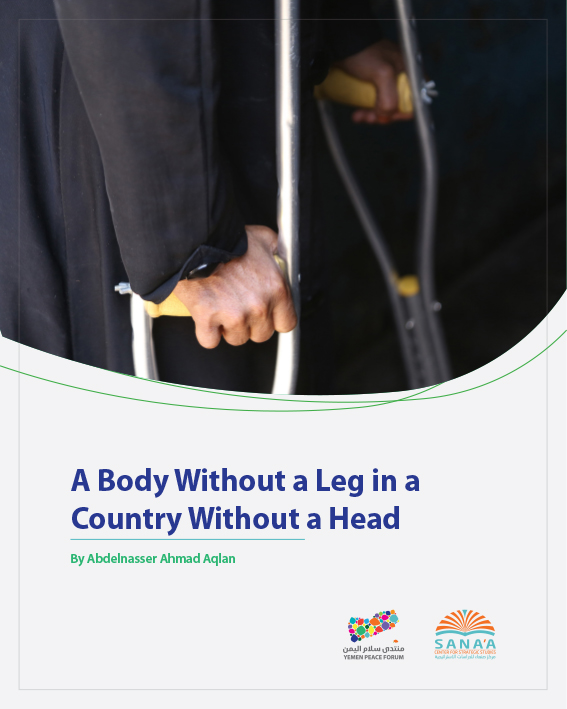 Five hours. Three hundred minutes. Eighteen thousand seconds. The blink of an eye. That’s how long it took to transform one life into another. Before surgery, I had been a man, just like any other – someone who walked on two legs. After surgery, I was an amputee.

I am able to recall in vivid detail the last moments of my intact body. The date was February 3, 2010. I was lying on a stretcher outside an operating room, where doctors would amputate my right leg.

In my mind, these memories exist on an endless loop: the wheels of the stretcher, the bright lights in the hallway, the doors that slam behind us, the sound of my name being uttered by masked nurses. “Operating Room, Please Do Not Enter,” is the last phrase that I read as the Abdelnasser who inhabited a strong and whole body.

Following the operation, my brain liked to play tricks, relaying signals that fooled me into believing my leg was still there. It started as soon as I woke up from surgery. I had signed the papers for the doctors to amputate my leg. I knew it was gone. Yet the moment I returned to consciousness, I reached for my phantom limb as if it might somehow still be attached.

I had been accustomed to dealing with the hardships of life with both a strong body and strong mind, and the idea of losing a limb had never occurred to me. I was told that my father was ecstatic when I was born, in 1984 – as if I was his firstborn child, as a relative put it, although I am actually the eighth among my siblings. He was overjoyed that a healthy baby had been born.

As a young man, I moved from my home in Yemen’s lush central mountains, in the city of Taiz, to the capital, where I studied commerce and economics at Sana’a University. I passed my first two years with distinction. Then, during my third year, I began suffering unexplained symptoms. One morning in 2008, I woke up with pain in my right knee. I did not think much of it at the time. But the pain soon worsened, to the point that I was unable to walk properly. Doctors advised me to travel to Cairo, which I did. There, it was decided I must undergo an excision surgery to remove inflamed tissue and commit to a certain diet.

I was frightened by the thought of surgery, but I went through with it anyway and returned from Cairo thinking things would improve. A year later, I began suffering the same symptoms – the same sharp pain in my knee. This time, I traveled to Saudi Arabia for treatment. One of the doctors there diagnosed me with cancer.

I had always imagined cancer as something that looks like a cross between a sea crab and a poisonous scorpion, like a slightly demented version of the astrological symbol. I could not believe that this organism was alive inside my body. I took a number of medical tests, praying each time that my results were mistaken or that they belonged to another patient, whose file had been confused with mine. The results were always the same: positive. I had cancer.

I began undergoing chemotherapy and radiation therapy, in hopes of avoiding amputation. But after three rounds of treatment, my body was not responding, and doctors decided amputation was required.

They gave me 10 days to make the decision. These were by far the worst days of my life. I stayed in my bedroom, like a prisoner awaiting execution. Nightmares plagued me, draining my body, which was already exhausted by the cancer creeping through my bones. The decision was all I thought about, to the extent that I was unaware of anything else happening around me. Already, it seemed, I was living under anesthesia. The decision was difficult, but inevitable.

My wife was the first person I thought about once I had made my choice. I called her in Yemen to let her know that I would not blame her if she decided to leave me. She didn’t, and her love sustained me.

I returned home to Sana’a after burying my amputated limb in another country. I felt like a stranger to myself, a man whose body was being buried in parts. Instead of being missed by others, I found myself missing a part of me, as if I had become two separate people.

After arriving at Sana’a airport, I needed help descending the plane’s staircase, and it hit me what the loss of a limb truly meant. Apprehension continued to haunt me. When a nurse brought me my firstborn child in 2013, the first thing I did, before even looking at his face, was to check and make sure he had two legs.

Shortly after my surgery, I visited the Sana’a prosthetics center, where patients can obtain artificial limbs and receive rehabilitation care. I hoped to improve my walking. At the center, I felt like one must drown in the tragedy to forget it.

I saw hundreds of patients, including children, who had lost limbs during war and due to accidents. My suffering seemed less tragic than that of 8-year-old Abdulrahman, who lost both his legs when he fell down a steep slope while grazing his sheep. His father brought him to Sana’a all the way from Hajjah governorate, one of Yemen’s poorest regions, in the far northwestern corner of the country. While waiting his turn, Abdulrahman asked his father whether he would be able to return to school and play with his friends again. All of us, his fellow amputees in the waiting room, broke down in tears.

At the time, Yemen had a population of about 30 million, and only one center in the entire country. In 2017, around 200 to 500 patients visited it each day. (Two more centers have since opened.)

Our government has created laws aimed at making life easier for those with physical disabilities, the most important of which is Law No. 61 of 1999, which provides an official fund that was intended to provide supplies, such as electric wheelchairs and prosthetics, to people with disabilities., The fund is also supposed to be used for educational scholarships. But like other laws, it is little more than ink on paper. The current war has only made matters worse as the state has been incapable of providing basic services to citizens, let alone to those with disabilities.

In the meantime, the number of those disabled has grown exponentially due to the conflict. Two Saudi-coalition airstrikes alone – one targeting Jabal Attan in 2015, the other striking a community hall in Al-Sala Al-Kubra in 2016 – severely injured some 1,000 people. Some of those injured had limbs amputated. There have been thousands of airstrikes over the years, and the number of maimed increases with each new explosion.

Eventually, I started my organization – Hope for Amputees – as a small effort to provide prosthetics and physical therapy for amputees. I was lucky enough to receive my initial treatment overseas and receive a prosthesis, which helps me walk, even if only for a few meters. But most of that work has stopped now as a result of the difficulties of war and fewer funding opportunities.

Our healthcare system has deteriorated due to the war, while our currency has depreciated and salaries have been cut. Many of those whose limbs have been amputated cannot afford prosthetics, and sometimes there are not enough prostheses to meet demand for those who can pay. For the lucky ones who do get them, life remains a challenge. Most buildings in Yemen don’t have elevators, our streets don’t have safe lanes, and our sidewalks don’t have accessible ramps. Many of us, myself included, used to get around fairly easily in cars, but fuel shortages have made even that difficult. With each passing day of this war, the suffering becomes worse.

No one can earn a living anymore. There are more amputees on the streets begging for food, but in truth, more people of all kinds are on the street begging – for food, for money, for help. We are living life without a limb in a country torn apart by conflict. Most days it feels like Yemen is going through an amputation, yet this time there is no anesthesia, nor did we consent to this surgery in advance. 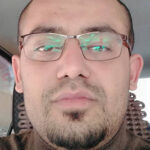 Abdel Nasser Ahmed Aklan
is the founder of Hope Organization for Limb Amputees. He majored in Accounting at Sana'a University and has completed multiple courses in human development and advocacy.