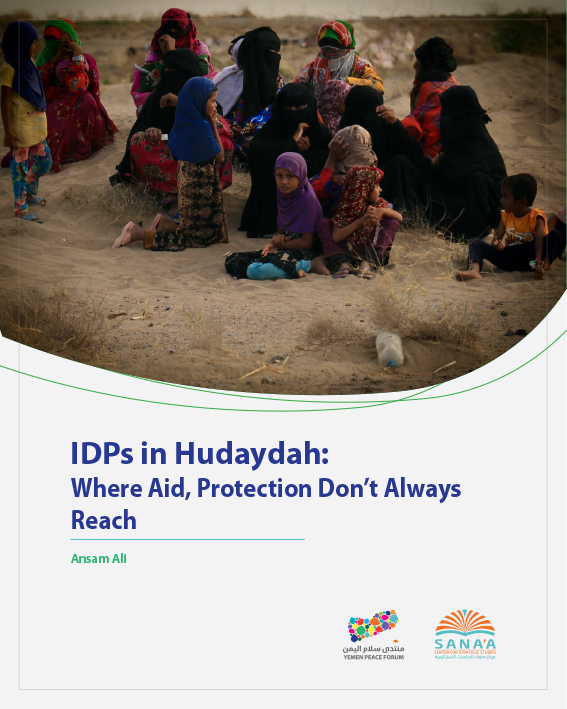 Civilians caught up in armed conflicts are often deprived of the most basic human rights, whether their homes are destroyed or looted, or they are personally attacked, exploited or killed. When forced to flee, they seek out safe havens in communities farther from frontlines or in makeshift camps — with or without access to food, water, medical care and shelter. Tens of thousands of families have lived as internally displaced persons (IDPs) in Hudaydah governorate, along Yemen’s western coast, at one time or another since 2015; some have been uprooted multiple times. However, few have yet to find security and stability, even when in reach of aid organizations.

Waves of Yemenis displaced by war from the western governorates of Hajjah and Taiz and the southern governorate of Aden have sought refuge in Hudaydah. When fighting flared within the governorate itself, especially in and near the capital, Hudaydah city, from mid-2018,[1] many residents who fled their homes sought shelter elsewhere in the governorate. They have been joined at various times by those displaced by torrential rains and flooding. In early 2021, the total number of IDPs in need in Hudaydah stood at 425,059, with a full 40 percent of them considered to be facing “catastrophic” conditions.[2]

Many IDPs live in forest, mountainous or desert areas of Hudaydah, which lack services and provide little for shelter, food or water. Families are often separated as they search for ways to earn money. One displaced person, who lives in a graveyard, spoke of how families survive by burying the dead in exchange for water and a small amount of money.[3] Humanitarian aid workers rarely make their way to such isolated settlements. This means that even when registered through local authorities, IDPs in Hudaydah do not necessarily receive the assistance they need. For instance, there are IDPs camping rough in desert areas of Al-Masangya and Al-Waheeba, in Durayhimi district, south of the port city of Hudaydah, who have not received shelter supplies or been provided with water.[4]

Even if initially received warmly, IDPs often wear out their welcome as host communities struggle with the additional strain on services that may already be insufficient. IDPs speak of harassment and rejection. For example, one humanitarian recalled that residents of Al-Sukhnah district in central Hudaydah initially welcomed IDPs in 2018. But over time, resentment and harassment grew, prompting many families to leave their temporary homes and shift among Al-Sukhnah, Al-Mansuriyah and Al-Marawi’ah districts. The humanitarian said some of them headed to remote desert areas despite soaring temperatures and few resources.[5]

Like much of Yemen, the war has taken its toll on government services in Hudaydah, such as electricity and water, as well as on the governorate’s healthcare facilities, which are often understaffed and short on medicine and equipment. Within Hudaydah city, basic necessities were scarce for those who stayed through the 2018 crisis or returned soon afterward. Trenches dug by Houthi fighters and coalition airstrikes damaged water and sanitation networks, leaving several neighborhoods in the city without water.[6] Even today, power outages still knock pumps offline, cutting water to parts of the city. People, usually women and children, walk long distances to fill their water jugs.

For IDPs, the long-term lack of access to healthcare is significantly impacting those who are especially vulnerable. International organizations providing medical aid to Yemen generally do not treat chronic conditions. Shaymaa,[7] a 7-year-old from Al-Durayhimi district, requires ongoing physiotherapy for cerebral palsy, a congenital motor disorder. She was receiving treatment and showing signs of improvement until August 2018, when her family was forced to flee fighting in Al-Durayhimi. They ended up in a remote area just beyond the district, where roads were poor and there were no facilities capable of meeting Shaymaa’s medical needs. Her situation deteriorated, leaving her bedridden.[8] Shaymaa is only one of many IDPs whose chronic conditions have gone untreated for a prolonged period of time.

Local humanitarians speak of the hardships and violations found in IDP areas in Hudaydah, beginning with a deeply flawed registration process and including difficulties accessing aid and the exploitation of women and children. Because of the sensitivity of the issue and fear of repercussions, the identities of those interviewed, nine individuals involved in IDP issues as humanitarians or activists, are being kept confidential.

Registration of IDPs in Hudaydah is often handled by people hired because of their connections to officials with local organizations on the ground or within the authorities who oversee the camps and humanitarian issues. Familiarity with humanitarian principles and expertise in aid work are frequently lacking, and basic information such as individuals’ names and personal data are often registered inaccurately.[9] Registration lists also do not necessarily account for all members of larger families, with an aid worker explaining that often an adult male is registered, and his sisters, especially if widowed, may not be counted, meaning the food allotment falls short of the entire family’s needs.[10]

The aid received also can be problematic for various reasons. IDPs who live in open areas, in valleys and near dry riverbeds prone to flooding, struggle to store food properly. Food baskets provide basics — flour, oil, sugar, etc. — but in order to prepare suitable and diverse meals, IDPs must sell or exchange their vouchers. Merchants buy them and resell the aid, with families using what they are paid to purchase items from local markets.[11] Water projects executed by humanitarian organizations do not cover IDPs’ longer-term need for a reliable supply, providing only periodic distribution within short timeframes.[12]

Some IDPs have found rental accommodations, but no work, which eventually leads to their eviction. One man moved his family of seven from house to house several times, a humanitarian explained, unable to come up with the inflated rents charged by landlords in areas with an influx of IDPs.[13] Another humanitarian spoke of IDPs living in a host community that already was resentful of their presence when fighting destroyed their temporary homes. Several rebuilt outside the community, setting up shelters in low areas that later were washed away by heavy rain and flooding. They moved on, for at least the third time.[14]

Personal safety and protection from exploitation in many forms, especially of women and children, is sorely lacking in IDP settlements in both Houthi-controlled and government-administered territory, according to IDPs and aid workers. Sometimes, IDPs are forced to pay to get added to registration lists; a field worker said one displaced woman was required to clean a house before being registered as an IDP.[15] Another displaced woman said her husband had been arrested and she had to accept being molested in exchange for information about him.[16] A displaced father in a Houthi-controlled part of Hudaydah acknowledged to visiting aid workers that for him, subsistence living meant accepting the sexual harassment of his minor daughters by camp managers.[17]

A humanitarian interviewed said some parents have been marrying off their daughters at an early age because then a girl’s husband would be responsible for ensuring she was not raped or sexually exploited by security supervisors in the camps. Such decisions stem from reports spreading of rapes in IDP camps in coalition-controlled coastal areas of the governorate.[18] Children have been hired as cheap labor, such as a 9-year-old displaced boy who, according to a human rights activist, worked on a farm for 1,500 rials (US$2.50) per week, returning to his family in Al-Qutay on weekends.[19] Such situations leave children especially vulnerable to sexual predators.

Humanitarians seem to be aware of the failure to protect and aid IDPs in Hudaydah. Reasons cited by those interviewed include security and access impediments, permit delays and other obstacles imposed by authorities as well as an inability to hold local distributors of aid accountable for ensuring it is appropriately delivered. Among other challenges, IDPs often lack official identity documents, lost or destroyed during hasty departures; receiving services without them can be difficult or impossible. A field worker spoke of an IDP who had committed suicide, saying he had been depressed and frustrated by his inability to obtain services without his official documents.[20]

The overall result for IDPs in Hudaydah governorate is that their basic needs have not been adequately or consistently met, leaving them more vulnerable to exploitation and less able to cope with the hardships of having lost their homes and communities and needing to rebuild their lives. Despite the obstacles, local and international humanitarian organizations and the international donor community need to cooperate and intervene.

Confronting official obstruction and corruption together will more effectively obligate authorities to perform their roles in ways that enable rather than hinder humanitarian aid work. Authorities can, for example, be pressured to secure roads to allow aid and aid workers through for direct assessments of Hudaydah IDPs’ needs, to expedite permit requests for aid projects and to allow humanitarians to follow up and ensure the aid sent in has reached those in need. Insisting authorities issue documents that will allow IDPs who have lost their official identification to access aid programs also will ease the burdens on many people.

The international donor and humanitarian communities can be far more effective if they diversify their funding mechanisms so that programs are able to provide emergency aid when needed as well as sustainable services. Donor funding should target IDP and host communities,[21] and when directed toward economic revival will create jobs for both communities.

Local humanitarian organizations have obligations as well, beyond ensuring those they hire to carry out aid distributions are qualified and experienced. They, with the help of other civil society organizations, can ease conflicts between host communities and IDPs by listening to the needs of both and working with host communities to submit plans to address them to the appropriate organizations. When necessary, services provided to IDPs could include the host communities — there are many that would benefit both, such as vocational training, psychological support and nutrition and education assistance. It is critical that services are aimed at improving the situation of IDPs in the long run and guaranteeing the community’s sustainability even when aid organizations withdraw from an area or funding ends. Only then will it be possible to improve the overall social and economic situation. 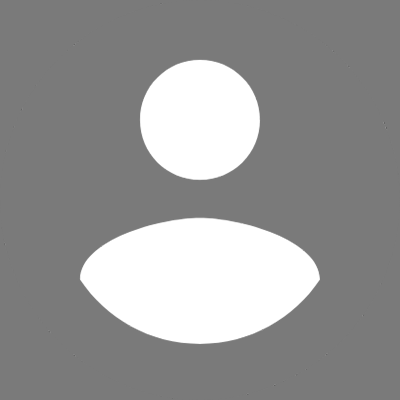 Ansam Ali
Ansam Ali, a pseudonym being used for security reasons, is a Yemeni researcher who has experienced displacement.