Neither Yemeni nor foreign: Life as a Muwalladin of Hadramawt

Many Muwalladin struggle to be accepted in Yemeni society. [Getty] 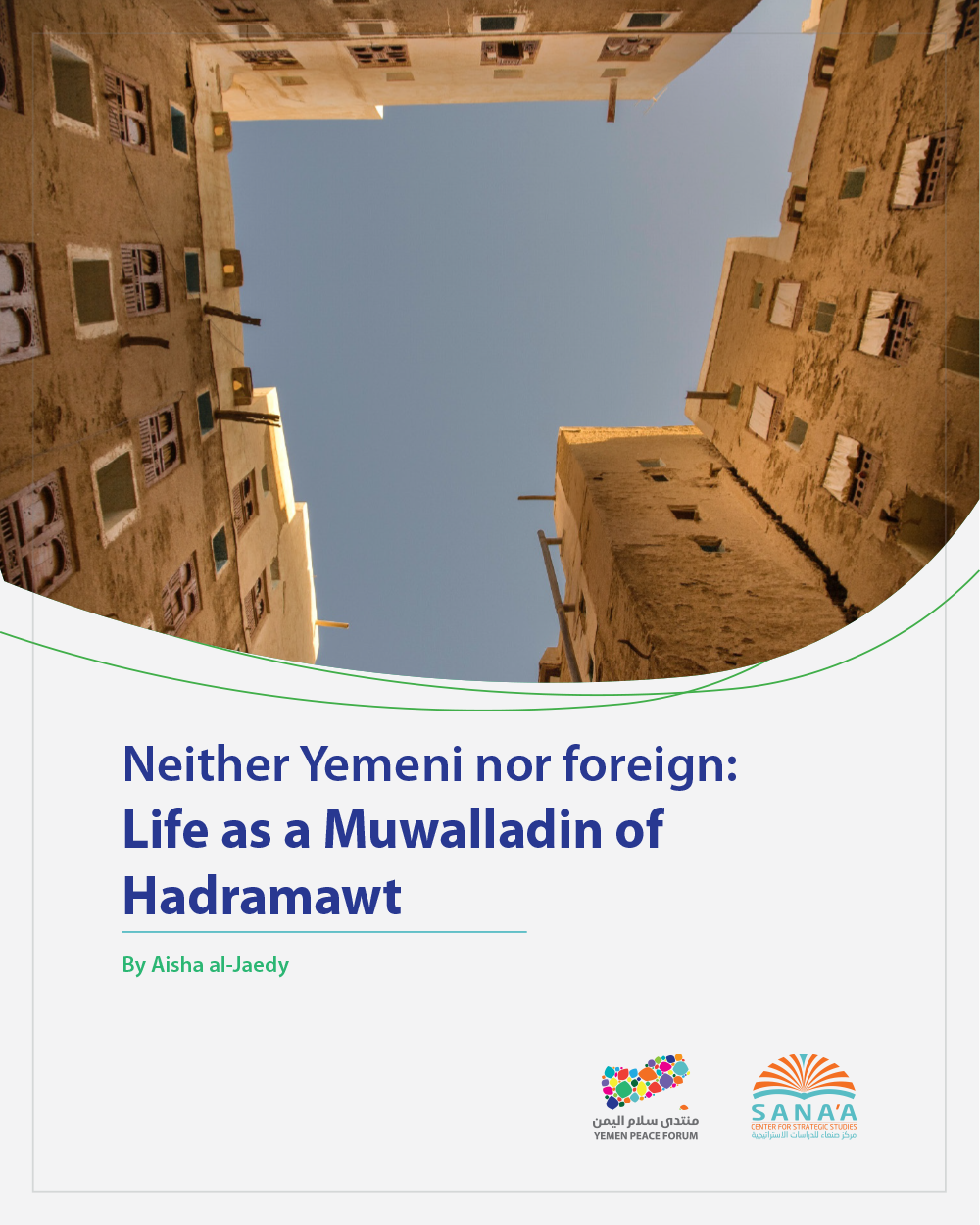 In Hadramawt, the region where I am from in Yemen, far in the country’s southeast, people place great importance on family lineage.

A person’s last name and tribe reveals their position within Hadrami society. Yet because of where my father was born, I was not indoctrinated with these ideas as a child.

When I was in primary school, I met a classmate who happened to have the same last name as my tribe. She was delighted at our connection. Unlike my new friend, I did not understand Yemeni titles, such as sayyed sheikh(tribal chief descendant of Prophet Muhammad), qabili (tribesman), or even abd (slave).

Filled with confidence, she asked me how I felt as a tribeswoman, an honourable class in Yemen, while other girls in our class were from miskin (poor)classes. I was fascinated by my new friend’s classifications. When she asked for my phone number, I gladly gave it to her on a small piece of paper.

After school that day, I waited in front of the phone and picked it up as soon as it rang. Yet it was the voice of my friend’s mother on the other line. She wanted to check if I was from the same tribe as her daughter, and when she inquired which clan, or sub-group, I came from, I was clueless. “Where is your father from?” she asked, to which I answered without pause: “from Kenya.” It was the only answer I knew. I had heard my father talk about his birthplace with pride.

When I told my mother about this conversation, she nearly suffered a panic attack. She warned me that if I kept sharing my father’s birthplace with others they would think of me as an abd and treat me poorly.

Before I could explain myself to my friend, her mother had already worked to kill our nascent friendship. My friend’s mother believed it was beneath her daughter to associate with me. So began my long predicament as my father’s origin as a muwallad (mixed) was revealed. Some scholars trace the roots of Hadrami migration to the 13th century. It extended from the Arabian Gulf and East Africa, all the way to East Asia. Migration occurred primarily for commercial and religious reasons. In many of the places they migrated to, Hadramis hold a position of respect within society. They were the earliest missionaries of Islam who proselytised through coexistence – the so-called “bloodless conquests.”

Another large wave of Hadrami migration occurred in the early 1940s, during the Second World War, when southern Yemen was composed of separate sultanates and sheikhdoms. Hadramawt suffered a catastrophic famine that killed nearly 35,000 people, a considerable percentage of the population. The combination of drought and global disruption of remittances pushed many Hadrami families to travel to East Africa and Asia in pursuit of livelihood.

From the diaspora, some Hadrami families sent their children back to Yemen to study language and religion, and some of these children stayed in Hadramawt to live permanently. This group in particular is called Muwalladin, those born abroad to a Hadrami father, regardless of whether their mother was Hadrami or non-Arab. A family remains muwallad forever.

While Hadramis had maintained their culture to a large extent in exile, they also returned to Hadramawt with traditions from East Africa and Asia. The continuous migration and return of these generations has led to groups within society that have distinct accents, food, clothes and wedding traditions. Intermarriage with Asians or Africans distinguished returnees from the rest of the population in appearance.

For this reason, Muwalladin struggle to be accepted amongst other Yemenis, especially in the case of East African returnees, due to pervasive racism within society. They were – and still sometimes are – called “slaves” and “sons of negroes.” This attitude also spread into proverbs and folk culture. Muwalladin are known as dumb, stingy and overly liberal. Some Hadrami families refuse to allow their children to marry Muwalladin. Other Muwalladin are belittled by their neighbours.

My great-grandfather had immigrated to Kenya along with his 12-year-old son in the 1920s. As leather traders, my family in Kenya had a good income and enjoyed a high social status. My grandfather was a nationally recognised tennis player, and my father and aunt had prestigious English schooling. Yet the dream of returning to Hadramawt haunted them constantly. The family held onto the belief that Kenya was a temporary stop and that return to the motherland was inevitable, despite the fact they had never visited Yemen.

In the 1970s and 1980s, after a period of relative political and economic stability, and following the euphoria of decolonisation in South Yemen, the Hadrami diaspora began to return to Hadramawt en masse. My father was one of these returnees, even though he only possessed Kenyan citizenship at that time.

Returning at the age of 27, my father spoke fluent English and Swahili, but almost no Arabic. While that was a serious disadvantage in some respects, it also had a huge advantage: English speakers could join the foreign-run, high-paying oil companies.

However, aside from foreign-run companies, it was difficult for my father and other Muwalladin to gain the trust of Hadrami employers. So, after my father was injured at work, we faced financial difficulties. This nurtured a desire in our family to return to life in the diaspora. I have never visited Kenya, but I have always felt that I would be better off living there. At least nobody there would call me “Swahili” in a quarrel. I had felt that we did not really belong in Yemen where we would forever remain as Muwalladin. I had been resentful of my status ever since my second-grade friend’s mother called and I learned about my family’s place in society. After the war in Yemen began in 2015, and living conditions deteriorated, immigrating or seeking asylum abroad became an ever-present topic in the country. A friend posted on social media a map of the few countries Yemenis can enter visa-free. A comment from a muwallada friend showed another map with many more countries Kenyans can enter visa-free. It was the first time I felt the advantage of being a muwallada or holding a second passport. This was the start of my journey toward embracing my muwallada status.

At the beginning of this year, I finally mustered enough courage to declare on Facebook that I am muwallada and proud to be, despite everything I had suffered as a result of that label. I was nervous to do so, yet I was surprised by the positive feedback I received. While the war has brought utter destruction to Yemen, it has helped foster among some a more tolerant attitude. Most Yemenis want peace above all else. Hadrami friends told me it was a good thing I had Kenyan roots as it could help me travel abroad more easily.

Via social media, I became friends with other Muwalladin around Yemen who had suffered discrimination and racism as well. While Hadramawt may have the biggest diaspora population among Yemenis, it is not the only region home to Muwalladin. There are Indian and Somali Adenis, as well as Ethiopian Sana’anis and Taizis.

Through these newly found Muwalladin friends, I began to appreciate more parts of returnee culture, like our diverse food traditions, multilingualism and distinct clothing. I realised that my family carried within it greater flexibility, humility and the ability to coexist with others.

My generation has to come to terms with what it means to be both fully from one place, but with ties to another culture. Our returnee parents and exiled great-grandparents left us a complex legacy. It can feel like an identity crisis, yet I’m learning to find peace with my cross-cultural roots, as one of the Muwalladin of Hadramawt.

Editor’s note: This article was originally published on The New Arab website. 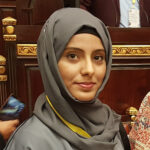 Aisha Al-Jaedy
Is a political science student at the American University in Cairo. She is a blogger and youth activist.