The world is preoccupied with issues of climate, global warming, and the need to move to the use of renewable sources for energy production. For example, Germany is trying hard to move away from fossil fuels in energy production and is moving towards the usage of wind, water and the sun.

In a country like Yemen, where electricity is permanently cut off, the rate of use and reliance on solar panels in the production of electrical energy and the extraction of groundwater has increased, due to the parties to the conflict bargaining over fuel and electricity.

Yemenis have not resorted to renewable sources of energy because they are trying to preserve the environment, but because they have to.

How will the use of renewable energy sources affect the extraction of groundwater in Yemen, which suffers from a lack of water supply per capita, and what is the extent of the risk that this poses?

Yemen has many environmental priorities that may be linked in one way or another to the threads of conflict. The use of the Safer tanker as a bargaining chip by the parties to the conflict may constitute a humanitarian disaster if the oil inside it leaks into the waters of the Red Sea.  In addition, the exploitation of Socotra island without regard and respect for its biodiversity, and selling some of its rare animals through the internet to animal collectors, exacerbates the problem of Yemen.

In this episode, we will mainly discuss:

Guest of the episode: Maha Al-Salihi, Project Manager at the Euro-Mediterranean Information System on Know-How in the Water Sector (SEMIDE)

Barda Podcast is a production of the Yemen Peace Forum (YPF), facilitated by the Sana’a Center for Strategic Studies (SCSS), which aims to create a track II platform for civil society and youth as well as to generate interest and knowledge about Yemeni issues through local voices.

Barda highlights development and community-based projects and initiatives and showcases positive local experiences of Yemeni youth. It also introduces inspiring Yemeni youth role models who have made a difference. Barda focuses on giving space to female role models and groups that are often excluded from discussion platforms. 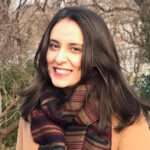