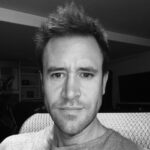 Casey Coombs is a researcher at the Sana’a Center for Strategic Studies. Coombs also works as an independent journalist, reporting extensively on Yemen, where he was based between 2012 and 2015. Prior to Yemen, he reported from United Nations headquarters in New York, covering U.N. Security Council work on the Arab political uprisings.
He holds BAs in English & Anthropology and an MS in International Relations.

Three Weeks in a Houthi Prison

On May 15, 2015, I sat between two Yemeni officers in a police truck behind the Criminal Investigation Department in Sana’a. “You’ll be free in two ho…

Editor’s Note: For security reasons, the Sana’a Center is withholding the name of a Yemeni co-author based in Al-Mahra whose research was crucial to t…

Shabwa: Progress Despite Turmoil in a Governorate of Competing Identities

Shabwa governorate, perched centrally at the foot of Yemen's mountainous highlands and stretching to the Gulf of Aden, is at a crossroads of Yemeni …

Marib, a centrally-located governorate connecting Al-Bayda, Shabwa, Hadramawt, Al-Jawf and Sana’a, has undergone a drastic transformation since the …