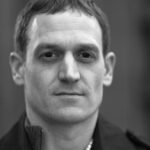 Dr. Gregory D. Johnsen is a Non-Resident Fellow at the Sana’a Center for Strategic Studies where he focuses on al-Qaeda, the Islamic State and armed groups in Yemen. Prior to joining the Sana’a Center, Dr. Johnsen served on the Panel of Experts for the UN Security Council on Yemen from 2016 to 2018. He is the author of The Last Refuge: Yemen, al-Qaeda, and America’s War in Arabia, which has been translated into multiple languages.

Dr. Johnsen holds a Ph.D. from Princeton University and Master’s degrees from Princeton and the University of Arizona. His writing on Yemen – and the wider Gulf – has appeared in The New York Times, The Atlantic Monthly, and Foreign Policy, among other publications. His journalism has won multiple awards, including a Dirksen Award from the National Press Foundation and, in collaboration with Radiolab, a Peabody Award.

The Kingpin of Sana’a – A Profile of Ahmed Hamed

Foreign Actors in Yemen: The History, the Politics and the Future

Foreign actors have a long history in Yemen. From the first Zaidi imam who arrived in the country in the ninth century to the regional military inte…

387 Days of Power: How Al-Qaeda Seized, Held and Ultimately Lost a Yemeni City

On March 26, 2015, Saudi Arabia launched Operation Decisive Storm, which was intended to be a brief air campaign – the Saudis told the US it would tak…

Biden Takes Over: Advice and Expectations for a New US Administration

US President-elect Joe Biden has made clear that his administration will cut off support for the Saudi-led war in Yemen. Yet it is not clear what US p…

Q&A with Anna Karin Eneström, Swedish Ambassador to the UN

Among the international community, Sweden has played an outsized role related to humanitarian relief, the peace process and gender issues in Yemen. Sw…