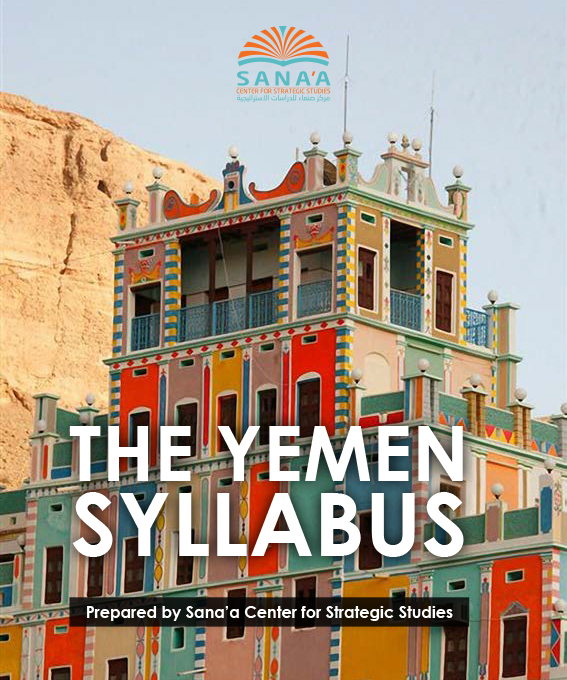 This document aims to guide readers toward substantive and important publications related to Yemen.

Section A includes suggestions on how to get accurate and up-to-date information on the country.

Section B lists academics and analysts who have written on Yemen.

Section C outlines what the Sana’a Center views as must-read publications on Yemen. These include books, reports and articles, broken down by theme.

1. Reports and news on Yemen

For all other Sana’a Center publications, see: https://sanaacenter.org/publication

Academics and analysts who have worked and published on Yemen – in English – include:

Below is a collection of books that shed some light on Yemen’s current war and, just as importantly, how the country got to this point. Phillips’ and Dresch’s monographs remain the decisive overviews of pre-2011 Yemen. Mackintosh-Smith provides a broad sweep of what Yemen was in the past and helps set a firm foundation for understanding contemporary issues in the country. Brehony provides a history of South Yemen and the 1990 unification. Hill and Brandt offer important insights into Yemen’s more recent history. Johnson’s book provides an excellent window into Yemen and its contemporary history and politics through the lens of Al-Qaeda. Lackner examines how different factors such as international neo-liberalist policies contributed to the disintegration of the Yemeni state and how other important issues, such as an increasing water crisis, might affect Yemen’s future. Her monograph includes a concise summary of the 2011 uprising in Yemen and its aftermath.

Other books that provide valuable insight into Yemen:

2)  Yemen’s Arab Spring-inspired uprising, failed transition and the lead up to war

In 2011, Yemen, like many other countries in the region, experienced an anti-government uprising. The failure of the once-hailed, internationally-backed transitional government that ostensibly aimed to make Yemen a functioning democracy served as the catalyst to the country’s current civil war. Salient texts in this regard include:

While much analysis – and policy – treats Yemen’s conflict as Sana’a-centric, the reality is far more complicated. Over the course of the ongoing conflict, longstanding tensions among various regions of Yemen – which have different histories and political, social, tribal, religious and economic geographies – have dramatically burst to the fore, rendering them a key factor to be dealt with in any coming peace process.

Descriptions of Yemen as a regional proxy war pitting Saudi Arabia against Iran are simplistic at best and often employed with malicious intent. Nonetheless, regional politics — and their relationship to Yemen’s internal tensions — have undeniably played a key role in bringing Yemen to its current nadir.

5) The economy and humanitarian situation

Among the world’s most impoverished nations, Yemen is currently home to the Middle East’s most severe humanitarian crisis. But while the country’s economic woes have been exacerbated by the ongoing conflict, they predate the country’s political crisis and subsequent collapse into civil war and are related to a number of endemic issues, including corruption and underdevelopment.

Among the side effects of Yemen’s 2011 uprising was the empowerment of Yemen’s long-stifled women and youth populations. However, four years of conflict have in many aspects rolled back tentative gains toward women’s rights and at the same time simultaneously pushed many women into the workforce, while tens of thousands of Yemeni youths have signed up for the myriad armed groups currently waging war in the country.

Not exactly related to current politics in Yemen, but entertaining and informative reads: