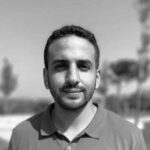 Abubakr Al-Shamahi is a researcher at the Sana’a Center for Strategic Studies.
Al-Shamahi works as a freelance journalist and has written for a number of international publications, including Al-Jazeera English and The Guardian.
Previously, he worked as a television correspondent based in the Middle East. He reported from across the region and from around the world working for outlets such as TRT World, the New Arab, and the BBC.